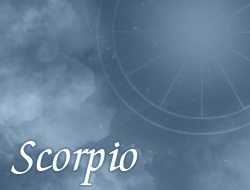 Scorpios are characterized by a quite strong personality, which has strong influence on other – thus don’t have major problems with social life. Often alone without bigger efforts pull the second half to themselves – it’s enough that they are simply themselves. Such persons are also eloquent and open to people – their presence causes that there are long discussions among company.

They are a good judge of people and are able to reach the inside of their partner, revealing their hidden feelings. However, they rarely live alone – among them often occurs a person of the opposite sex with whom they maintain constant contact. They aren't very fond of shy and taciturn persons. In their relationship is unlikely to silence – always have something to say to their partner, so feeling of boredom and silence is simply unfamiliar to them.

Despite everything Scorpios apart from strong character are able to show warmth and emotion to their second half. They can be faithful and romantic, build stable and long-term relationships, although sometimes it requires more work and considerable commitment.