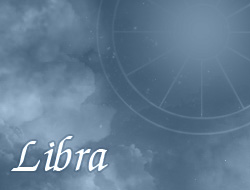 This year will bring a lot of joy and happiness with a beloved person. Partner will give you a lot of warmth and affection. Love, after years, will flourish again.In the finance, significant improvements. Career this year only starts to take shape and color for subsequent years, which is to give you a lot of positive changes. Slowly and gradually you realise plans for the home and family. Everything is on track to meet the old goals and aspirations.

Love and affection –dear Libra, this year will bring you much luck in love. People in stable relationships, will rediscover the sense of feeling, which suffered from the very beginning of the relationship with your partner. Also, lonely people have a great chance to relationship or a new feeling. Amor will catch you when you least expect, somewhere in a gray day.Autumn and the decline of 2016 will bring you, dear Libras, lots of fun in relationships, joint plans for the distant future and the fulfillment of earlier plans. Many of you will put a ring on the finger.

Job and career - this year will be a transition year and will prepare you for further months or consecutive years. Possible new training, enhancing qualifications. It is also possible that you will make official visits, delegations, aimed at drawing your existing skills. Some of you, dear Libras, and already entirely those of the third decade of the sign, will receive a favorable contract, with the possibility of better earnings.

Health –dear Libras, it's time to do something for you this year. Start training on the air or something that will make you feel satisfaction and fulfillment and some relaxation. You deserve some relax after hard last year, but also in advance, before the future years of hard work. The advice may be a consultation with diabetologist.